The Vanishing of Ethan Carter was reviewed on PS4 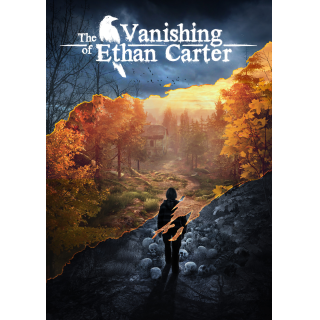 #TheVanishingOfEthanCarter More of an experience than a game. You really try at least once. Visually stunning, Interesting & very confusing. I was unable to play for long periods time, as it caused me motion sickness
Worth Playing

I have to confess that I had issues playing this game for any length of time, as it brought on bouts of motion sickness. I have a friend who played the game on the PC to completion with no issues at all, and I asked him for some feedback on the title – these are his thoughts combined with mine.

You have to play it to really understand what sort of game it is:
Calling this a game is a bit of a misnomer; it’s more of an interactive story book that you explore and discover. It’s a playground where you can do whatever you want. It’s visually stunning, and I spent quite some time just looking at the scenery, rather than running to the next checkpoint to progress the story. It reminded me of the moment in Red Dead Redemption where you go to Mexico and the scenery changes, the music changes, and the whole game just opens up.
There’s no quest log, no omnipotent story teller, no voice in your head telling you what to do or where to go – it’s simply up to you. You may think this is problematic, but you only need a very limited understanding of games (e.g. how to use a controller and move your character) to play this game. At times it can be a little frustrating to not have a guide, something to lean on to figure out your next move, but all in all it’s hugely refreshing, especially from an experienced gamer’s point of view. Your story is completely your own, and will develop through the choices you make. It feels organic, and much like reading a book there’s room for interpretation and self-projection onto the story. Even the ending is ambiguous, leaving room to interpret it however you like.

It’s sort of a detective game; a beautiful murder mystery for you to play. You are collecting clues about what you are supposed to be doing next, and there are puzzles in the game which range from simple “go-get-this-and-put-it-here” to complex and time consuming (understanding the door house puzzle). They vary hugely in difficulty and there isn’t a “learning curve” – the second puzzle is the hardest – but as there also isn’t a forced linear path to the game, this isn’t really a problem. You can skip past any puzzle that is too hard for the time being or that you don’t want to do, but it is very satisfying to complete an especially complex puzzle.
At the end of the game there is the ability to “warp” to the puzzles you missed so you can go back and complete them. After completing all the puzzles you see the final cut scene.

All in all I really enjoyed playing The Vanishing of Ethan Carter. It’s very different from other games, and if you’re into mystery novels or you just want to try a novel approach (pun intended) to gaming, this is definitely for you – provided you don’t get motion sickness.

NOTE : This title was supplied for review by the Publisher