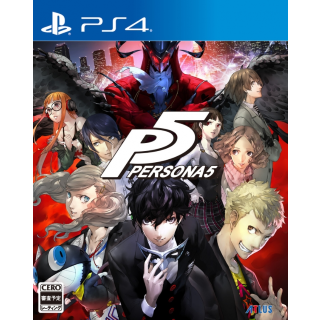 Persona 5 is a dungeon crawling, turn-based JRPG, crossed with a high school social simulator. The newest game in the Shin Megami Tensei: Persona series boasts gorgeous aesthetics, an amazing soundtrack, a combat system that manages to stay interesting and a story that will keep you playing into the wee hours of the morning. A perfect entry-point for those who are new to the series.

The story follows a young male who, after being put on probation for an assault he did not commit, is sent to Tokyo’s Shujin Academy for a year. Here he must prove that he can live a normal student life by befriending classmates and teachers, getting good grades and abiding by the rules. But before he can even start his first day at school, an app on his smartphone sends him and a fellow schoolmate to an alternate world. Locked inside the dungeon of a Palace ruled by a twisted king, our protagonist awakens to his Persona power and becomes a masked vigilante. Now he is ready to steal the king’s most prized possession in hopes of changing his heart in the real world.

I played: around 120 hours, just to complete the story

Most Viewed Reviews
Buy your games from:

Legend
Must Play Worth Playing Don't Bother Hot or Not