Destiny: The Taken King was reviewed on Xbox ONE 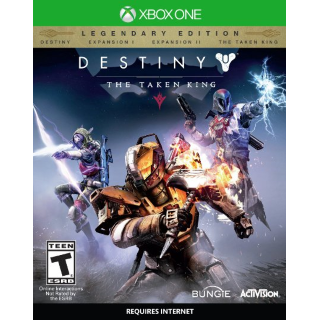 #Destiny #TheTakenKing Interesting story, better game mechanics & a MUCH better version of Destiny, but as a veteran player, all your old gear is useless. For new players, it's a great time to start playing. Still great fun with friends.
Worth Playing

I played: Far too long